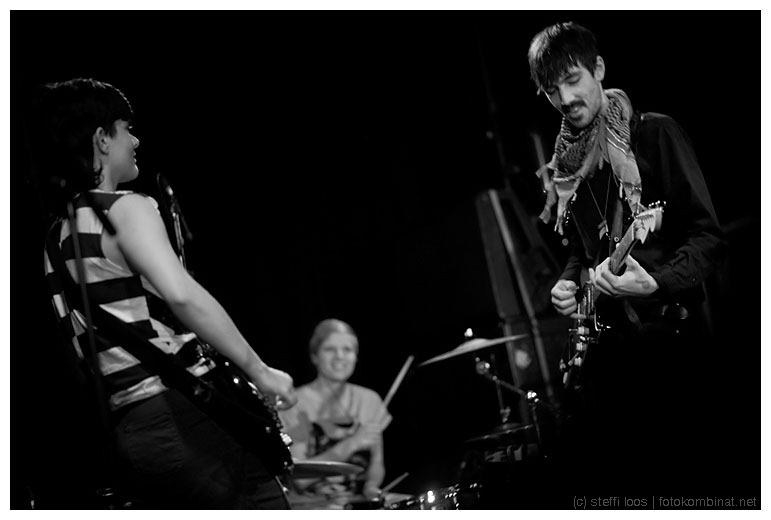 we just played a really nice concert in kreuzberg festsaal. it’s nice to play in our hometown – homeneighborhood even… where you there? what a crazy evening! we opened for bernadette la hengst, the whole night had a special feeling. bermadette is a friend and we already played many gigs together, and i have even collaborated on one of her songs some years ago. first arriving at festsaal we thought we would go back home without playing, because we had no time for a soundcheck and this felt no good. but fortunately we stayed, because the audience was totally lovely and what a fun with bernadette, she rocks. some people obviously are working on monday morning and left festsaal at some point. some other people are either not working on monday morning or don’t care about sleep because the party got really late, bernadette honestly played for hours, it was amazing and she really has got a whole collection of hits… after this memorable evening, normal love is resting a bit this week, and we are working on our album, finishing the mixes of some songs, more about this soon… next concert will be in berlin too, at ritter butzke opening for masha qrella on 18th of december. save the date!